I went to this 2-day event in Olympia, partly because I had been asked to give a talk about ways to maximise your investment in translation (namely, turn it into a profit-making exercise, not a cost to be borne between gritted teeth) and partly because I wanted to get some third (and fourth) opinions on global trading in these choppy times of political upheaval.

I took my French neighbour along – a (very) smallholder maize and poultry farmer who left the ‘Department’ once on 1991 to go on a 3-day trip to Spain (next door). Even though he might seem almost absurdly parochial to some, his produce is quite the globetrotter: the bulk of his maize goes to Scotland to make whisky and his fois gras is just as likely to be found as the focal point of a starter in Manhattan, as it is to wind up on our plates with a nice Jurancon.

My talk was early in the day, so I had a bit of time afterwards to wander about and get the skinny on MINT economies: Mexico, Indonesia, Nigeria and Turkey (Istanbul has the eighth highest density of billionaires in any city in the world …), find out what the Department for International Trade has to offer fledgling companies (quite a lot, as it happens) and compare the prospects of manufacturing globally against e-commerce.

I also got a chance to chat to people – one of whom was the charming Geo Pirinoli, who has started up a helpful site called www.brexit-strategy.com. The site is set up for small- and medium-sized companies to find out how best and where best within Europe to expand – i.e. to take advantage of the opportunities in Europe before they are gone.

Brexit Strategy has a huge potential to be a force for good and chatting to Geo was one of the highlights of my day. In essence it groups solid business data from Eurostat, World Trade Organisation, World Economic Forum, OECD and lets you know (according to your business and other criteria) where you’d be best off setting up shop.

We have spoken since the event and will hopefully be doing something together in the New Year, so watch this space.

All in all a successful day, although I managed to lose my farming neighbour in Holland Park* and I’m looking forward to Going Global 2017.

*since found and returned home safely.

I went to this 2-day event in Olympia, partly because I had been asked to give a talk about ways to maximise your investment in translation (namely, turn it into a profit-making exercise, not a cost to be borne between gritted teeth) and partly because I wanted to get... 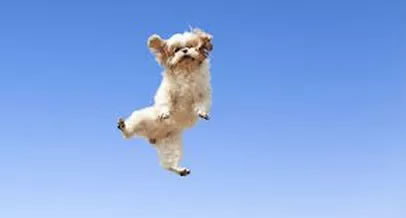 How to get the most from your translation agency

I hate starting anything with a caveat, but here I am doing just that: this article is really just for people who do not buy a lot of translation and would like an overview of the process. As a consequence, it might seem a bit simplistic to some but will certainly...