I love making decisions: they are PROGRESS + HOPE = EXPECTATION and I’ve always suspected they come with their own safety net: make enough and they tend to cancel each other out eventually – just like placing hundreds of each-way bets.

I’ve taken pride, throughout my career, in being able to make several decisions of varying Rightness and Wrongness before elevenses and then not worry overly about the outcome because I’m far too busy making some more important decisions somewhere else.

But having one’s preconceptions challenged is healthy – or so I’m reliably informed by my wife – and obviously this is never more good for me as when she is the one doing the challenging (disagreeing).

The following is typical and demonstrates what appears, on the face of it, to be two very different approaches to decision making.

Yesterday (Monday), late afternoon, in what looks like an ice hockey stadium converted into a tile shop, on a ring road circling a satellite town near Pau, whose mayor has decided to grant planning permission to retailers purely on the basis that they have names that capitalise well. He (or she) has then decided to build a Formula 1 Hotel every 80 metres, to fill in the gaps, because this is just the sort of place you want to spend the night.

We are buying bathrooms.

Me (cheerfully): Well, here we are!

Me (pointing): That’s nice, we should get that. Let’s get that, then we can go.

Her (looking up briefly): That’s a kitchen, also it’s horrible.

Me: Oh … (then, to try and get the show on the road, I smile winningly at a lady who obviously works there: she is wearing bright orange dungarees with the same meaningless logo as is in the car park in 60 foot high letters and she’s wearing a woolly hat because it’s bloody freezing in this huge, soulless space. It is like a sort of Alt.Hell in here. The woman looks at me for the briefest of instants, then turns. However, in that one, succinct glance that will haunt me even on my deathbed, I’m left in no doubt she would cheerfully burn me alive if she had matches).

By now Helene has got to the bathroom section, me lagging behind. She shows me a glossy picture of a bathroom with sunlight pouring in through a large velux.

Me: Now that is nice.

Actually, what she is showing me really is exactly what I had in mind when I got around to thinking about it – which, admittedly, is only just this minute. It’s got white metro tiles and big Edwardian basins and basically reminds me of boarding school, but in a good way. However as soon as I say it, I know I’ve blown my chance.

I should have ummed and tutted and pointed at other things, then, several hours later, we could come back to this particular bathroom – the first we saw – and buy that. After 20 years, I know it’s what we always do. And generally it works: we agree with each other’s taste and like where we live.

And, in the end, that is indeed just what we did. We will shortly have a bathroom that replicates my Prep School circa 1977 (or a loo in Hotel du Vin 2017).

Therefore, if we’re both making the same decision based on shared taste, we’re obviously just arriving at it in different ways. Or so you would think …

My wife appears to want dialogue – at least she requires there to be some back and forth until each person has contributed to a sort of pros and cons checklist. Because of this, I always kind of assumed that decision makers come in two sizes (retail boredom has reduced me to philosophising):

However, I’ve come to the realisation this afternoon that once the latter group has gone through all their processes, they abruptly bin all that carefully-thought out objective data and change tack: essentially (and I’ve seen this hundreds of times, houses we have bought, clothes, cars, kitchens and with soft furnishings) they arrive at the decision by a brief process of testing their emotional response to the alternatives, i.e. by gut – exactly the same as me.

Both have their advantages: my method is quicker, but I can never be sure if it is the right decision, I’ve just learned not to let it bother me. The other type of person has taken longer (wasted time, you might think), but I notice the mullers are generally surer of the result. They have savoured the decision, and appreciate the anticipated outcome. I am a decision glutton, Helene a connoisseur.

But, the point is neither is really objective, or rational in the literal sense.

At best the impartiality is just a run up, but the actual leap is always one of faith.

There’s no such thing as a rational decision

I love making decisions: they are PROGRESS + HOPE = EXPECTATION and I’ve always suspected they come with their own safety net: make enough and they tend to cancel each other out eventually – just like placing hundreds of each-way bets. I’ve taken pride, throughout my... 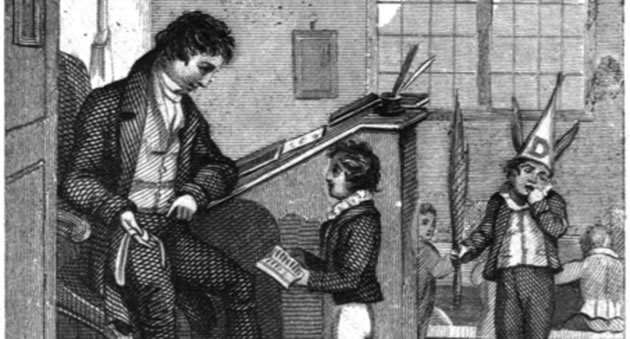 So, The Bennett Group turned 25 on Sunday and I find myself at the helm of an operation that has members of staff younger than the company itself. I think this fact, more than turning 50 in 18 months, is guaranteed to make me feel old. I was going to list ten things I...