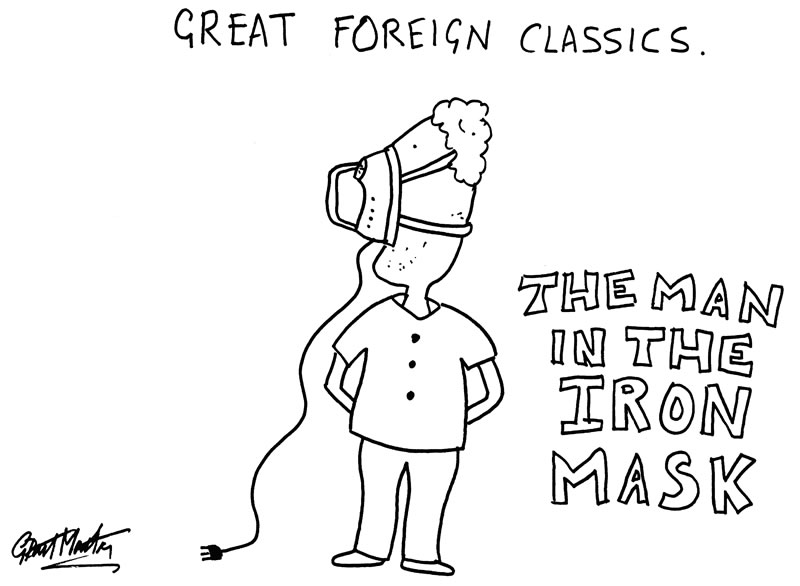 It’s been a national holiday in France, so I had a chance to catch up on some reading. I have to admit, it wasn’t as much fun as I’d anticipated. This has been a growing feeling, of late, where I’m either confused or a mite underwhelmed by new authors.

It shouldn’t be a problem – there’s a new book printed in the English language about every 4 seconds but so much, from old themes to blister pack characters, seems tired and predictable.

I do think fiction could do with a shot in the arm and I wonder if this should come from abroad. I was at the London Book Fair recently and, as ever, I’m intrigued by the offerings from foreign publishers who fail to find people to buy foreign rights and translate for the English-speaking market (largest by far).

So what are we missing out on? I guess, most of the time, we will never know and that seems a very great shame.

One solution is that the translation industry needs to get behind the scant cultural efforts to bring world lit to the fore. We all need to put food on the table, so focus is always going to be on the main markets such legal, technical and IP translation and we’re right to style ourselves as the drivers of new technology (such as video interpreting, MT and CAT tools) and new markets (localization, transcreation, post editing), but we should never forget our proud traditions: our roots.

García Márquez waited three years for Rabassa to be at a lose end so that he could translate ‘One Hundred Years of Solitude.’ He later declared Rabassa’s translation to be superior to his own Spanish original. Other ‘great’ translators have brought important work into the English language: Scott Moncrieff translating Proust, Wallace Fowlie translating Rimbaud, Constance Garnett translating Dostoevsky, Tolstoy, and Chekov. We even have famous authors such as Heaney, Voltaire, Vladimir Nabokov and Samuel Beckett translating (and using radically different approaches to the artform).

My favourite is the look-at-the-pictures-and-make-it-up approach employed on the Magic Roundabout by Eric Thompson who took the commission and then remembered he didn’t really speak French or the English translations of the Astérix cartoon series which are fabulously well executed. The translators were Anthea Bell and Derek Hockridge.

Names, which are always a problem, have been handled with real verve in modern ‘classics’ such as Harry Potter (bizarrely ‘Gary’ Potter in Russian, which gives him a whole new persona): Bagman in French is Ludo Verpey (from V.R.P. ‘salesman’). Or Tom Riddle in Catalan: Rodlel, Tod Morvosc, which is an anagram of “Sóc Lord Voldemort” (“I am Lord Voldemort”) – brilliant!

So what is out there we’re missing and how can we learn on the powers that be to support efforts to bring new blood into literature from the far-flung corners of the publishing industry?